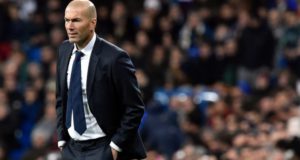 The Spanish league could not be any more exciting, as we appear to have gone past the days of a two-horse race. Atletico Madrid’s inconsistent form this season has not allowed Real Madrid or Barcelona to run away with the league. Sevilla has emerged as the third contender and it makes the league so much more exciting.

Real Madrid seems like the club to take home the league title, but the draw against Barcelona and the loss against Sevilla has opened up the title race. Looking at La Liga betting odds by CrownBet, Madrid is being backed at 21/8 to win the title.

It is possible to rule out Atletico Madrid from the title race with the team having fallen eight points behind Real Madrid. It would be a significant gap in any league, let alone La Liga. Sevilla and Barcelona are realistic title contenders, with all three teams separated by one point from each other.

Sevilla has been the most entertaining team of the three: they have scored more goals and have also conceded more. Sevilla has already suffered the most number of defeats amongst the title contenders. One of the key elements when going for the title is to remain solid at the back. Lack of defensive solidarity is one of the primary reasons for teams suffering defeats. Since Sevilla lacks defensive strength, it may be tough for Jorge Sampaoli’s team to keep this amazing run going.

On the other hand, Luis Enrique may be heading for his last season being in charge of Barcelona. He will want to go out with a flourish by winning the league title and, possibly, the Champions League. While success in the Champions League depends on a lot of factors, the league title does not seem to be in the hands of the Catalan Giants. They have been far too reliant on Lionel Messi and Luis Suarez and one injury to the duo could be catastrophic to their title hopes. In the past, especially under Pep Guardiola, Barcelona were not so reliant on just a couple of players to score goals. Barcelona could have a better shot at defending the title if other players could score goals. Otherwise, just depending on key players could potentially lead to their failure.

For years, Real Madrid has developed a yearning for the league title. After all, they bagged their last league title back in the 2011-12 season. Even though the club has experienced immense success since then – in the form of two Champions League titles – the bread and butter continues to evade them. Zinedine Zidane is yet to experience real pressure as a manager in the title race, but he has made Madrid more of a team this season.

Barring any catastrophe with regard to injuries, Madrid is the best bet for the title. It is no surprise that Barcelona is only backed at 11/4 for the title.