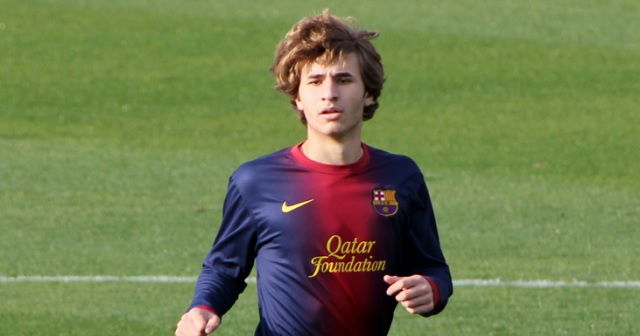 Sergi Samper is an extremely talented young player but considering the plethora of star players ahead of him in the pecking order at Barcelona, it was widely believed that the midfielder would have to leave the Nou Camp in order to earn regular first team football.

A number of clubs were indeed interested in securing the services of Samper and reports had claimed that Premier League giants Arsenal had managed to agree a £8.5 million fee with Barcelona to sign the 21-year-old.

The prospective move evidently did not come into fruition but Samper has now gone on to admit that Arsenal had indeed placed an offer for his services but he did not even listen to Gunners’ boss Arsene Wenger as he had no intention whatsoever of leaving Barcelona.

Samper told the London Evening Standard, “I did not want to even listen to Wenger. I made it clear to him that I wanted to stay, that I wanted to triumph at Barca, that I was a Cule fanatic and that making it at Barca in the future would make me the happiest.”