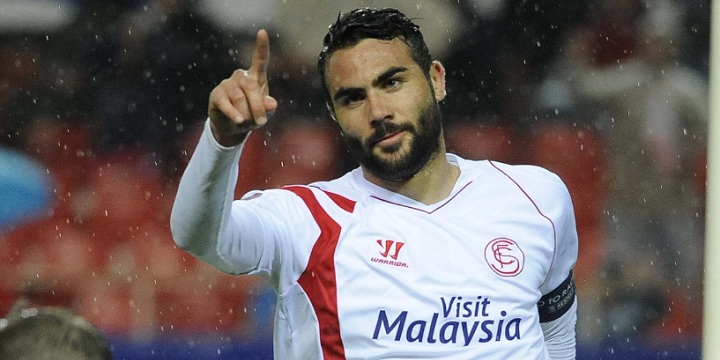 According to reports from the Sun, Premier League outfit Crystal Palace are close to securing the services of Sevilla midfielder Vicente Iborra.

Crystal Palace are on a terrible run of form in the Premier League at the moment and at this rate, relegation looks a very distinct possibility for the Eagles.

Nonetheless, Palace do possess a very experienced manager in the form of Sam Allardyce and the 62-year-old is said to be hopeful of bringing in a number of players to Selhurst Park during the current January transfer window in order to boost his side’s chances of avoiding the drop.

Signing a new midfielder is among the main priorities for Allardyce and now according to reports from the Sun, Palace are close to completing a £12 million swoop for Sevilla star Vicente Iborra.

Iborra has been one of the most consistent midfield players in La Liga since making a move to Sevilla back in 2013 and the capture of the 29-year-old would certainly represent a major coup for Palace.