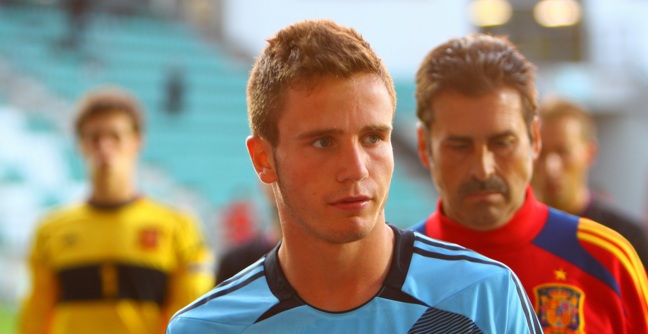 Manchester United have most certainly spent a lot of money to improve their squad since the departure of Sir Alex Ferguson as manager a couple of years ago but they somehow still have not found a replacement for the evergreen Michael Carrick.

With Carrick now 35, United will most certainly have to think about finding replacements for their veteran midfielder as soon as possible and now according to reports from Don Balon, the Red Devils already seem to have started the process.

It has been claimed that United are currently eyeing up a move for Atletico Madrid midfielder Saul Niguez and manager Jose Mourinho allegedly views the young Spaniard as the long term successor to Carrick at Old Trafford.

Saul has managed to establish himself as one of the most promising young midfielders around Europe in recent years and the 22-year-old would surely be a very good addition to the United side.