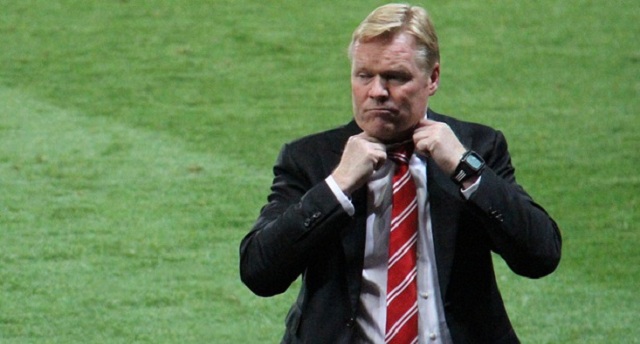 As quoted by Goal.com, Everton manager Ronald Koeman has dismissed claims that he is heading to Barcelona next season.

Luis Enrique has been very successful as manager of Barcelona since he took over at the club back in 2014 but the Spaniard is going through a rough patch at the moment as the Catalan giants have struggled so far during the current campaign.

Recently claims have been made that the Barcelona hierarchy could well replace Enrique as manager at the end of the season and Italian outlet Sport Italia revealed that the Catalans had already begun talks with Everton boss Ronald Koeman regarding the managerial job at the Nou Camp.

Now Koeman has gone on to speak regarding the links with Barcelona and has categorically dismissed the claims by stating that he will be staying put at Goodison Park for the foreseeable future.

Koeman was quoted saying by Goal.com, “That is not important at the moment. My name is always linked with Barcelona. I’m not in Barcelona, I’m in Everton. The reason I signed is because of the project we have here. We need time, but we want to grow on and off the pitch.”