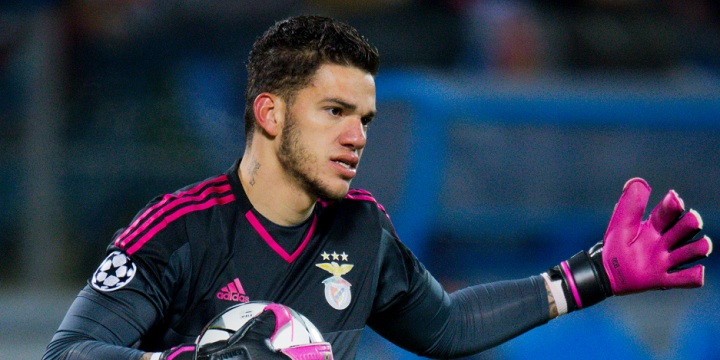 According to reports from Portuguese outlet, O Jogo (the Hard Tackle in English), Spanish giants Barcelona are currently eyeing up a move for Benfica goalkeeper Ederson Moraes.

Barcelona have endured a stop start campaign so far and in order to boost their title aspirations, manager Luis Enrique is widely expected to be strengthening his squad during the upcoming January transfer window.

A host of names have understandably been linked with a move to the Camp Nou over the past few weeks and now according to reports from Portuguese outlet O Jogo, claims have been made that the defending Spanish giants are currently considering a move for Benfica star Ederson Moraes.

Moraes managed to break into the Benfica first team this season and has impressed, keeping seven clean sheets in 13 matches in all competitions. It is clear to see that Moraes possesses a lot of potential and now reports state that Barcelona are keen on swooping in for the 23-year-old during the upcoming January transfer window.

Claims have also been made that Premier League outfit Manchester City are keen on securing the services of Moraes and it will be interesting to see where the Brazilian youngster ends up this winter.