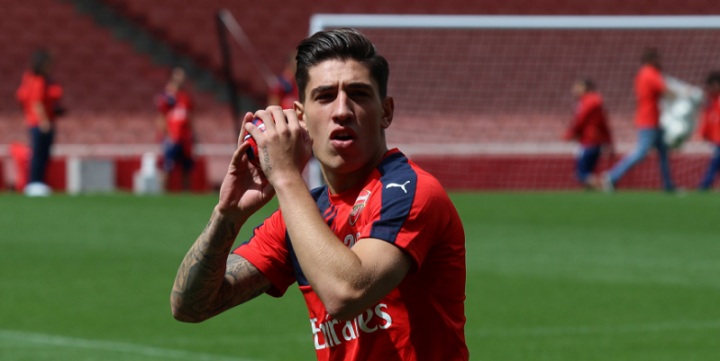 Arsenal defender Hector Bellerin has expressed his delight at Arsenal finishing in top spot of their Champions League group with a 4-1 victory over Basel.

Heading into the final Champions League group A clash, it looked like Arsenal would have to settle for second place in the table as rivals Paris Saint-Germain needed a victory over minnows Ludogorets at the Parc des Princes to claim top spot.

However, PSG went on to slip by managing only a 2-2 draw against Ludogorets and Arsenal most certainly capitalized by claiming an emphatic 4-1 victory over Basel, in turn sneaking into the knockout stages of the competition in top spot.

Lucas Perez was the star of the show for Arsenal during the encounter as he bagged a sensational hattrick and following the game, currently injured Gunners’ defender Hector Bellerin praised his fellow compatriot before reveling in Arsenal’s unexpected qualification into the next round of the Champions League as group winners.