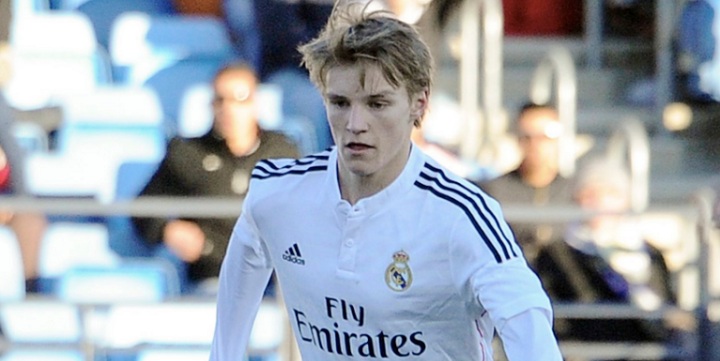 According to reports from HITC, Premier League outfit West Ham United will need to act quickly in order to secure the services of Real Madrid youngster Martin Odegaard.

West Ham United are clearly struggling at the moment and following the embarrassing 5-1 defeat at the hands of Arsenal during the weekend, the Hammers look set to be embroiled in a relegation battle this season.

In order to avoid such struggles, West Ham will clearly have to strengthen their squad during the January transfer window and bringing in a couple of attacking players will surely be a priority for manager Slaven Bilic.

Among the many names mentioned as potential targets for West Ham, Real Madrid youngster Martin Odegaard was seen as a realistic one and the Norwegian wonderkid joining the Hammers seemed like a distinct possibility.

However, it has been reported recently by Get Football News France that Ligue 1 outfit Rennes have already made their move to sign Odegaard on loan for the January transfer window.

HITC have now claimed that West Ham still hold an interest in signing Odegaard but will need to move soon in order to avoid missing out on the 17-year-old to Rennes.