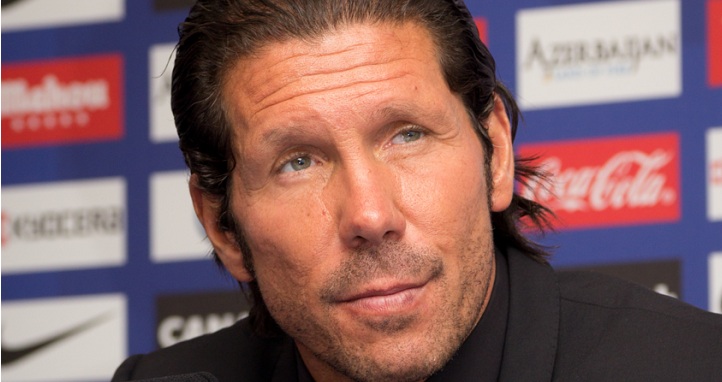 Atletico Madrid manager Diego Simeone has delivered Arsenal a huge blow after admitting that he wants a move to Inter Milan.

It is widely expected that Arsene Wenger will be leaving his post as manager of Arsenal at the end of the current campaign and there have been widespread reports that Atletico Madrid boss Diego Simeone will be the man replacing the Frenchman at the helm of the Emirates Stadium.

Given the fantastic job Simeone has done at Atletico over the years, Arsenal fans were most certainly getting very excited at the prospect of the Argentinean arriving to North London next season.

However, Simeone’s son, Giovanni, had gone on to recently claim that his father currently has his eyes set on a move to Italian giants Inter Milan instead.

Now as a huge blow to Arsenal, Simeone himself has gone on to admit that he dreams of a move to Inter and went as far as claiming that he is certain to be managing the fallen Serie A giants in the foreseeable future.

Simeone told Italian Football Daily, “I think it’s normal that my son, my father or my sister speak highly of Inter and the fact that one day I can be the coach. Giovanni is my son, I speak with him constantly. So, it’s true. Everyone knows that I will be the Inter coach one day; it’s not news.”