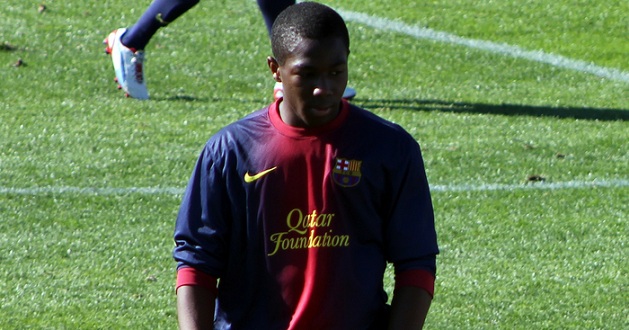 Middlesbrough attacker Adama Traore has told the Guardian that he is happy to be compared to superstars Lionel Messi and Cristiano Ronaldo.

Having starred for the Barcelona B team, Traore earned a £7 million move to Premier League outfit Aston Villa last season and it was widely expected that the youngster would be able to set the English top flight alight.

However, the 20-year-old was not able to make much of an impact in a struggling Villa outfit and he featured for only 186 minutes of action throughout the course of the campaign.

Nonetheless, Traore was able to impress then Aston Villa manager Tim Sherwood and the 47-year-old went as far as comparing the ex-Barcelona man to superstars Lionel Messi and Cristiano Ronaldo.

Now Traore has gone on to welcome Sherwood’s comments but at the same time, has stated that people tend to criticize him more if he is unable to match such hype.

He told the Guardian, “It was good to hear that from Tim. But when people think it’s possible that I can play like this, and then I don’t, those people question you.”

Traore left Villa for Middlesbrough this summer and the young attacker has made a more positive impact at the Riverside Stadium.