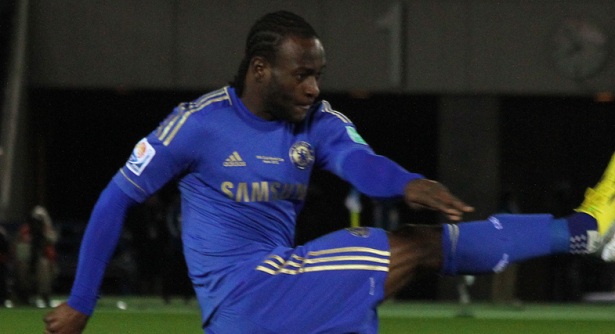 According to reports from Sky Sports, Chelsea are looking to fend off interest in Victor Moses from Barcelona by offering him a new contract.

Following years of struggles since joining Chelsea, Victor Moses has finally managed to establish himself as a key figure for the Blues during the current campaign and it would be fair to state that the 25-year-old has been rejuvenated as a right-wing back this term.

Moses is now considered an indispensible member of the Chelsea squad and his performances has been so impressive, reports emerging out of Spain claimed that giants Barcelona were monitoring the Nigerian international in a bid to solve their current problems at right-back.

Chelsea clearly would not want to lose the services of Moses anytime soon though and now according to reports from Sky Sports, the Blues are looking to fend off the advances of Barcelona by offering their revitalized star a new lucrative contract in the coming weeks.