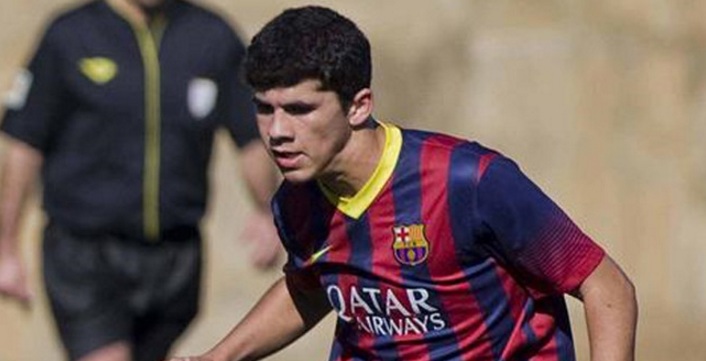 According to reports from the Daily Mirror, Premier League giants Manchester United are casting a keen eye on Barcelona wonderkid Carles Alena.

Barcelona’s famed La Masia regularly produces wonderful young talent and one of the most promising players to have emerged from the academy in recent times is Carles Alena.

Alena is a midfielder who has already been dubbed the next ‘Andres Iniesta’ after showing his promise for the youth team and the 18-year-old is currently the captain of the Spain Under-19’s.

Barcelona clearly rate Alena very highly and are said to be discussing a new four-year deal for the youngster, which will include a whopping £43 million release clause.

However, the Daily Mirror have claimed that Premier League giants Manchester United are also plotting a move for Alena at the moment and have sent scouts to Spain regularly in order to monitor the teenage sensation.

The likes of Cesc Fabregas, Hector Bellerin and Gerard Pique have all left Barcelona at a young age for England and United are also hopeful of luring Alena to Old Trafford next summer.