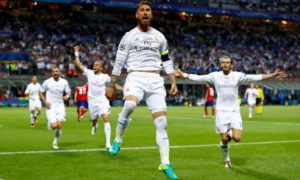 Chairing the UEFA Elite Coaches forum this week in Nyon, Sir Alex Ferguson offered the view that the Spanish clubs dominance of European football is set to continue.

He has a point. Since 2014, the FIFA World Club Cup and Champions League has resided in either the Bernabeu or Camp Nou. The Europa League has been the sole preserve of Sevilla at the same time.

Pep Guardiola swapped Catalunya for Bavaria and a shift in fortunes was expected. Bayern Munich, dominant at home, were going to usurp Barcelona abroad. La Liga didn’t care. Real Madrid, Atletico Madrid and Barcelona went to Munich; they came, they saw and they conquered. A talented Bayern side never made it past the last four and have always come unstuck against this year’s Primera division favourites according to the La Liga betting, Barcelona.

Can Carlo Ancelotti change that? The wily Italian has plenty of experience and a recent knowledge of the Spanish game, which may help him exploit any Iberian weaknesses.

Unai Emery, after such a successful run with Sevilla, has moved to Paris St Germain. With money no object, is the Spaniard ready to take PSG to the next level? He certainly has the tactical knowledge; Sevilla weren’t the best side technically in last year’s Europa League but they beat Liverpool quite comfortably in the final once they had weathered the early storm.

Spanish clubs are set up to succeed. Managers don’t exist; they are coaches with the instructions to coach, to win. Arsène Wenger runs Arsenal Football Club. His time is divided between administrative duties and devising ways of winning the next match. Zidane and Enrique don’t have that. The administrative burden falls on their directors of football. Which clubs are more successful?

It’s no coincidence that whilst the Premier League generates the most revenue and collectively has the continent’s wealthiest clubs, it is Spanish clubs, with their better organisational structures from youth to senior levels – and superior scouting network – which are succeeding beyond their own borders.

English football has its head in the sand once more. Instead of embracing the best that the world has to offer, the clubs focus internally, on the Premier League title. None of last season’s top four will reach the last four of the Champions League. Quite simply, they aren’t good enough.

It’s a damning indictment of the cradle of football. Despite global owners, English clubs remain insular, concerned with their financial results. The gap between winning and commerce has widened, to the extent where the former is of less importance.

Not so in Spain. Money matters and commercially, they cast enviously glances over the Bay of Biscay but from a footballing perspective, they have no fear in that sense.

If English clubs would lift their heads and take greater notice, they might give themselves a better chance in the Champions League. Until then, I’ll go with Sir Alex; Barca or Real to win please, Mr Bookmaker.