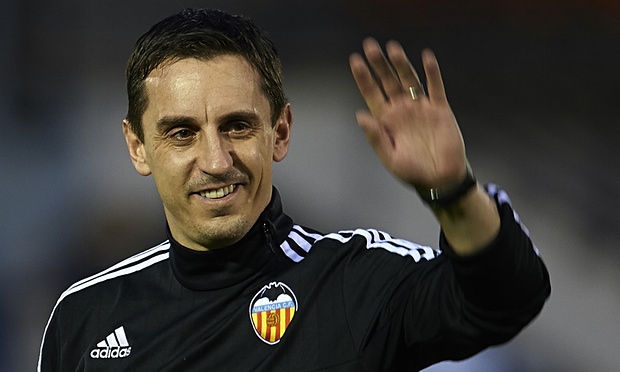 At the start of the 2016/17 Premier League season David Moyes will be in the Sunderland dugout and Gary Neville will be in a TV studio. Not so long ago, however, both were enjoying sunnier climes as managers in Spain’s La Liga. Moyes took the helm of comparatively lowly Real Sociedad and Neville was installed at Valencia by an owner who also happens to be his business partner, and yet both appointments were still huge news in England.

The reason those appointments did make so many headlines is because it is today so unusual for British and more specifically English managers to score a top job in Spain. That wasn’t always the case, however, and in the 1980s specifically a large number of high profile English bosses did take charge of the biggest Spanish clubs. Why then, has there been such a sea change since then which now sees so few English managers make the switch to La Liga?

When the likes of Terry Venables and Sir Bobby Robson managed in Spain, they were appointed on the back of the huge success that English clubs had enjoyed on the European stage. For six years between 1977 and 1982 the European Cup was won each and every season by an English club. It made sense, therefore, for La Liga teams to seek out English managers in the hope that they could bring the formula for that success to Spain.

In the same way, therefore, it would make no sense at all for Spanish clubs to seek out English managerial assistance in the modern era. In the past 17 years the top European club competition has only been won by an English team on three occasions, and the less said about the English national team’s performances of late the better. When you look at English managers specifically, too, the situation is no rosier.

In the Champions League era only six English managers have even taken charge of a team in Europe’s premier club competition and none of them have enjoyed much success. That shouldn’t be too surprising, however, when you understand just how many English managers there actually are at the top level of the game.

At the beginning of the 2016/17 season, there are just three English managers in the dugout of Premier League teams. In England’s second tier, too, only nine of the 24 Championship managers are English. That is in stark contrast to Serie A where 18 of 20 managers are Italian, Ligue 1 where 18 of 20 are French and La Liga itself where 14 of 20 are Spanish.

In fact, in the entire history of the Premier League stretching back to 1992/93, no English manager has ever won the division. When England’s own top division has abandoned the idea of home-grown managers, therefore, and the biggest clubs seek out the most expensive foreign managers in hope of success, why would Spanish teams look to English bosses?

The answer to that is quite simply that they wouldn’t and that they don’t. The appointment of Gary Neville was a headline-worthy aberration which went against the general trend, and given his performance in Valencia, it is not likely to be repeated any time soon.