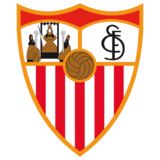 Ramón Rodríguez Verdejo, more commonly known as Monchi, is quite possibly the most important figure in European football that you have never heard of. Born in San Fernando in 1968, Monchi was a goalkeeper who spent the entirety of his nine year playing career with Sevilla. It was after he hung up his boots in 1999, however, that Monchi really rose to prominence.

Just a year after his retirement, when Sevilla were relegated from the Spanish top division in the year 2000, Monchi was appointed as the club’s new director of football. Sevilla’s board gave him two clear instructions; develop the club’s own youth system and implement a world class scouting network in Spain and beyond. Over the course of the next 16 years, Monchi took those instructions and ran with them in utterly magnificent style.

Since the year 2000, Monchi has turned Sevilla’s youth setup into one which is the envy of the world. An almost innumerable stream of top talent has come through the Sevilla ranks in the past decade, with the likes of Jesus Navas, Sergio Ramos and Alberto Moreno providing three of the most notable examples.

When it comes to identifying talent from further afield, too, and to capturing that talent for bargain prices, Sevilla under Monchi have been one of the most successful clubs in the world. Thanks to a network of over 700 scouts which Monchi has put in place, the club have been able to secure the services of players like Adriano, Dani Alves and Ivan Rakitic before it became apparent to other teams just how good those players were.

That meant that the club could secure their services for veritable bargain prices and then sell them on later for impressive profits. Together with the money they have earned over the years for players developed through their own system that has seen Sevilla make an estimated €200 million profit under Monchi.

What’s more, they have also returned to La Liga, become mainstays in that division and won five UEFA Cup/Europa League titles and two Copa del Rey trophies. It should come as no surprise, therefore, that Sevilla president Jose Castro describes Monchi as ‘Our Messi’.

What should also come as no surprise, however, is that Sevilla and their fans dread the day when Monchi might leave the club. In the course of the summer of 2016, too, there have been suggestions that that day may come sooner rather than later.

A few days after Sevilla’s most recent Europa League triumph in May, Monchi requested to be released from his current contract with the club, citing a need to rest. Having only recently signed a new deal to 2020, however, he was told that he could only leave Sevilla if he paid a €5 million release clause. In spite of that, though, the rest of Europe’s top clubs were put on notice and the likes of Manchester United, Real Madrid and PSG were all reported to have made approaches to Monchi.

That got everyone associated with Sevilla wondering about how the club would fare without their top man and the prevailing opinion was that things would be tough. What would be in the club’s favour, however, if Monchi did decide to fly the coop is just how good a job he has done in the past 16 years. Even he does leave after all, the youth system he created would remain, as would his 700 strong network of scouts.

Undoubtedly the best news of all for Sevilla, however, is that the man himself has quashed rumours of any move to another club and has claimed that:

‘Sevilla is my life and if I have to leave the club one day, I will never leave through the back door or paying a clause.’