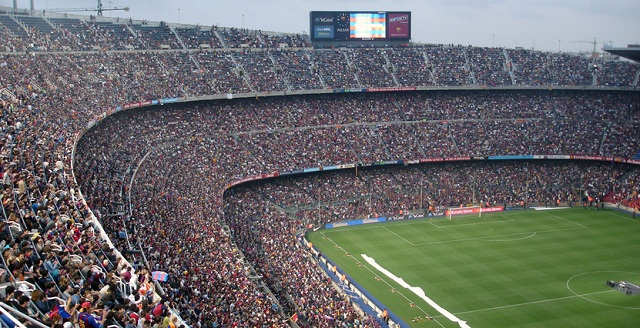 Barcelona all but sealed their place in the quarter finals of the Champions League following an extremely impressive 2-0 victory away from home against Arsenal and the Catalan giants are now very well placed to claim an unprecedented consecutive treble this season.

Barcelona cannot afford to get complacent despite their strong position in all three fronts though and manager Luis Enrique will surely want his players to take advantage of the clash between closest title challengers Real Madrid and Atletico Madrid this weekend by claiming a victory over Sevilla at the Camp Nou.

Sevilla have made a strong recovery in recent times and the Andalusian side’s recent seven match unbeaten run has given them a fighting chance of claiming a Champions League spot once again this season.

However, Unai Emery’s men still have a lot of work to do in order to close the gap on Villarreal on fourth place and their unbeaten streak will surely come under threat this weekend as they prepare for a clash against champions Barcelona at the Camp Nou.

Sevilla have actually not lost against Barcelona in their last three encounters and they also managed a hugely impressive 2-1 victory over the Catalan giants earlier on in the season.

Heading into Sunday’s game though, Barcelona have found a whole new gear and it is very likely that Luis Enrique’s men will break their mini slump against Sevilla this weekend by claiming a comfortable victory.